The neighboring city of Salem, once America’s wealthiest city with its clipper ship barons, has many attractions such as  The Witch Museum (and other Halloween activities), The House of 7 Gables, and the Peabody Essex Museum.

Visitors to Swampscott will find many destinations of interest: the city of Boston. Follow the Freedom Trail to the Paul Revere House, the U.S Constitution (“Old Ironsides”), the Old North Church, and more (www.bostonusa.com). Enjoy a river cruise in Essex, harbor and schooner cruises inGloucester, picturesque Rockport. Take a day trip to Cape Cod’s Provincetown by ferry or a Duck Boat cruise around Boston (www.allbostontours.com).

Get into Boston in several ways:
Salem High Speed Ferry or by commuter rail from Salem, or by bus to Wonderland – bus stop at top of State Street – (www.mbta.com). You can also drive to Wonderland (approx. 20 min. by car) and board the Blue Line for all destinations in Boston.

Swampscott was first settled in 1629 as the eastern part (Ward One) of Lynn, and was set off and officially incorporated in 1852. A beach town north of Boston, measuring 3 square miles (7.8 km2), and abutting Salem,Marblehead and Lynn, Swampscott was an important destination for the wealthy at the beginning of the 20th century. While Revere Beach, which lies just several miles down the road, has the honor of technically being America’s first public beach, Swampscott was the de facto first resort town. Lynn was the divider between the poor beach and the rich resort town. The name “Swampscott” comes from the language of a local native American tribe, and means “red rock”. The following is verbatim from the official Swampscott web page: “History of Swampscott.”[3]

Marblehead is a coastal New England town located in Essex County, Massachusetts. Its population was 19,808 at the 2010 census.[2] It is home to the Marblehead Neck Wildlife Sanctuary, Crocker Park, the Marblehead Lighthouse and Devereux Beach. Archibald Willard’s famous painting The Spirit Of ’76 currently resides in Abbot Hall. A town with roots in both commercial fishing and yachting, Marblehead is the birthplace of the American Navy and Marine Corps Aviation and a popular yachting destination. 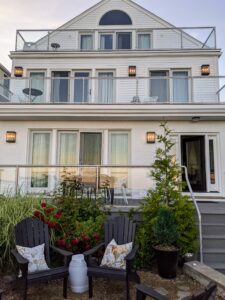 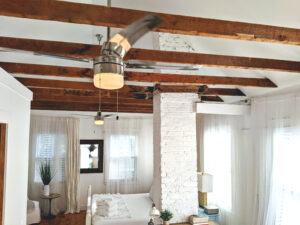